Starting next month, railway passengers in Vietnam will be able to buy tickets for the Tet (Lunar New Year) holiday 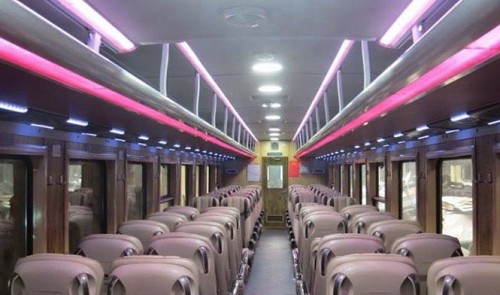 Those traveling with children from six to ten years old should request a seat-sharing ticket by filling out a form provided at stations. This enables children to use the same seat as their accompanying adult passengers.

The railway operator confirmed that 12 extra seats will be available for booking in any hard seat car, and seven in any berth or other carriage.

Saigon Railways, the Ho Chi Minh City unit of Vietnam’s railway operator, said that it was planning to build 30 train cars at a cost of VND320 billion (US$14.3 million).

Previously, the VRC announced that it would run the north-south train routes to serve passengers during the forthcoming Tet holiday from January 15 to February 18, 2017.

The company has also put a new sleeping car into operation.

Its seats can be converted into beds equipped with sockets for phone and computer charging.