Before his new appointment, Minh was director of the ministry’s Enterprise Management Department. Speaking at the conference held in Ha Noi, Nghia requested the VNR to continue restructuring and re-organising the business, focusing on effective investment, accelerating science and management technology applications to ensure railway safety. 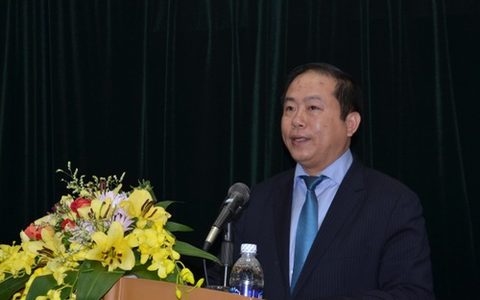 The corporation needs to check its passengers and freight transport strategies as well, said Nghĩa.
Minh took the post from Tran Ngoc Thanh, who was dismissed from his post as chairman of VNR in December 2016 when the corporation’s performance became bleak under his helm, with 2015 revenue down to VND2.66 trillion (US$116 million) – just half of the 2014 revenues of VND5.53 trillion.
Thanh’s leadership was also tainted by lapses such as the widely-criticised decision to purchase used carriages from China earlier this year or estate investments found "inappropriate and outside of its designated functions" by the Government Inspectorate.