The Transport Ministry officially inaugurated the new Ghenh bridge spanning the Dong Nai River in southern Dong Nai province on July 2, three months and 11 days after the man-caused collapse of the old bridge. 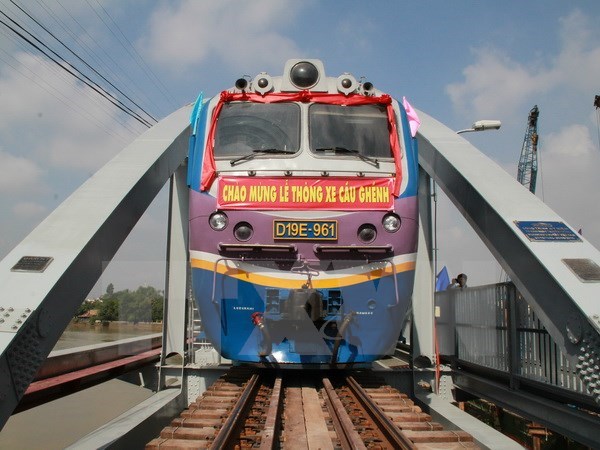 The new bridge replaced the over-100-year-old French-built bridge that collapsed on March 20 after a barge crashed into its pillars. The old Ghenh Bridge was used by both trains and vehicles. Therefore, the accident caused disruption to north-south train services.

The bridge was opened to traffic on June 25 as builders worked round the clock without any days off, said Doi Sy Hung, Deputy Director General of the Vietnam Railways Corporation.

Construction of the new bridge began on April 1 at an estimated cost of 13 million USD. The new bridge is three metres higher than the old one, thus it can allow ships with bigger deadweights to pass through.

On the occasion, the Transport Ministry and the Dong Nai People’s Committee presented certificates of merit to individuals and teams stood out in the construction of the bridge.